January 1, 2020, Plan S goes into full swing. But, what is Plan S and how will it affect academic research within the European Union (EU)?

Plan S in a Nutshell

Researchers want grant funding and the freedom to publish their work as they see fit. However, when 2020 rolls around, many academic researchers in Europe won’t be able to receive grants unless they publish under Open Access, and this is stirring up some controversy. 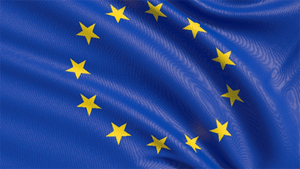 Due to Plan S, the brainchild of cOAlition S, publishing to subscription-based journals will no longer be an option for research "funded by public grants provided by national and European research councils and funding bodies" (cOAlition S). This leaves Open Access as the only remaining destination for most scholarly papers, whether authors like it or not.

What is cOAlition S?

COAlition S is a cooperative effort between Robert-Jan Smits, Open Access Envoy of the European Commission, and Marc Schiltz, President of Science Europe. Its members include 17 agencies—“13 national research funding organisations” and “four charitable foundations”—spread across 13 countries. This alliance was formed to accomplish one primary goal: make every academic journal published in the EU immediately available to the public, at no cost, through Open Access.

Plan S was introduced in Frontiers on September 4, 2018 – an announcement that provoked debate across all sectors of the publishing industry. Hundreds of researchers, from around the globe, have since taken action, signing an open letter that expresses concern over this plan's impact on "the health of scholarly and scientific discourse worldwide" (Plan S Open Letter). It turns out cOAlition S seeks to impose these rules beyond the EU as well, targeting countries such as, most notably, the United States to further spread its ideology.

Plan S, as of now, is limited to a subset of funding agencies in Europe. Despite boasting support from the European Commission and European Research Council, cOAlition S doesn't have as much leverage—on a global scale—as it may seem. This alliance began with 11 research funding organizations responsible for "roughly 3.3% of global scientific output, and roughly 4.1% of the world Open Access output" (Delta Think) in 2017. For reference, the entire EU contributed 26% of global scientific output that same year.

Essentially, through Plan S, a small portion of contributors—the statistical minority—have managed to find a way to dictate academic publishing practices throughout an entire union. Although at present, it seems unlikely that cOAlition S will establish influence in countries with large markets such as the United States, especially without the same high-level connections they possess in Europe.

There's nothing inherently wrong with Open Access. It's just a matter of preference. Open Access journals are made available online by the publisher completely free of charge, often funded by the author. Publication fees range from hundreds to thousands of dollars, and even if researchers do receive grant funding, the funder isn't guaranteed to cover these costs (SciELO). Hence, authors appreciate the option to explore all avenues.

If Plan S were to go into effect today, EU researchers would be barred from publishing in roughly 85 percent of all academic publications. While nobody knows the exact number of active scientific journals, estimates suggest around 30,000 exist. So, that's a projection of—give or take—25,500 journals off limits to authors.

Open Access journals, as stated earlier, charge authors hundreds and even thousands of dollars per submission, but there’s good reason for these costs: journals need funding themselves to cover various steps in the publication process. In the absence of subscription-based revenue, fees in the form of Article Processing Charges (APCs) support these costs, just as paywalls to access subscription-based content allow subscription-based journals to cover their day-to-day expenses.

Young researchers, who may not have strong financial backing and/or are competing aggressively for funding, often turn to the standard subscription-based publishing model, which allows authors to submit their work free of any publication fees. Everybody needs to start somewhere, and by having a wide range of opportunities for publication, a high volume of strong contributions from early career researchers have been made possible. Even those with experience sometimes prefer to exercise different publication options for a multitude of reasons.

Researchers dedicate their lives toward advancing the field of science—no easy task—and after putting years into a scholarly paper, they ideally, or rightfully, should be able to choose where they submit it and under what publishing model. If they choose Open Access, so be it, but stripping authors of input altogether could potentially risk communal resentment and backlash.

COAlition S has gained the publishing industry’s attention, which could be a double-edged sword.

On January 1, 2020, all eyes will be on the EU, prepared to monitor this policy’s long-term repercussions. Maybe Plan S will kickstart a worldwide movement or, perhaps, international rebellion.